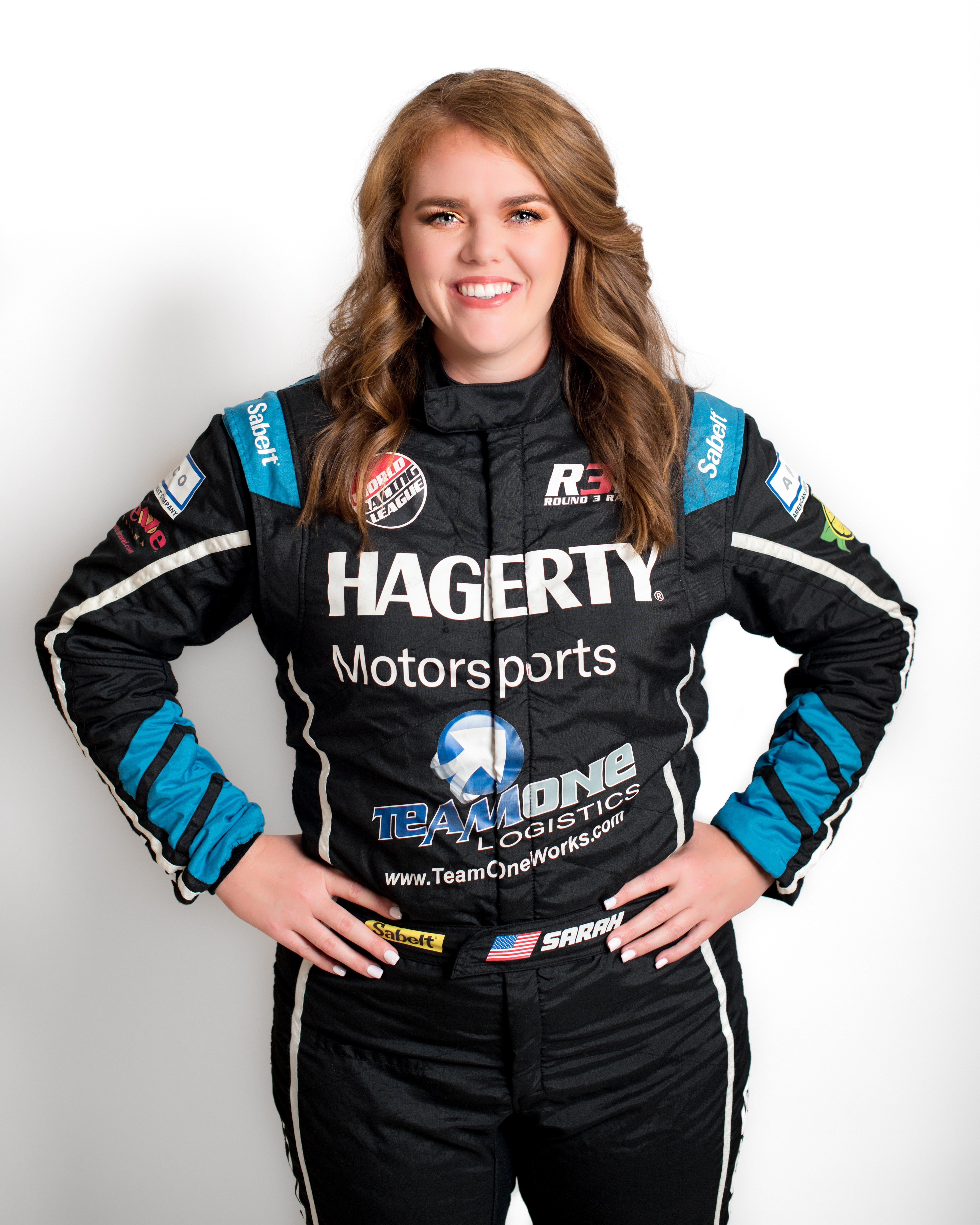 TV Show: The Drive Within on MotorTrend TV

School: University of Louisiana at Lafayette

Sarah Montgomery was born and raised in Lafayette, LA and grew up with a zest for life in the heart of Cajun Country. When she was 10 years old, Sarah and her family attended an Indycar event where her excitement turned into an obsession and a dream that has never faltered. Sarah began racing dirt oval go karts and won three championships throughout the southern United States. From there, she began competing in Spec Miata before she even had her drivers license. She started professional level racing in the Battery Tender Mazda MX5 Cup Series in 2014 and her rookie year, she was the highest finishing female and top ten in points. She competed in Pirelli World Challenge in 2017 with Shea Racing and in 2019, Sarah became the first female to ever podium in the Global Mazda MX-5 Cup Series. Not only was she the first female to ever podium and make history, but she landed on the podium four times that year. Her 2020 racing season began a little slow due to Covid-19, but she joined team Round 3 Racing in a Porsche Boxster to compete in the World Racing League. Sarah qualified the car on pole at four separate events that year, and won at the very final race of 2020. For the 2021 season, Sarah competed in the highest class of WRL in a Porsche GT4 car where she led many laps of each race and landed a win at the 24 hours of Sebring race in October. When Sarah is not racing, she is a driving instructor at the Porsche Experience Center in Atlanta, GA and selling people their dream homes in real estate. She enjoys teaching others about her passion and also helping young women believe in their dreams.

Hang around Sarah, and immediately you realize that she is not your typical 27 year old. As a matter of fact, being a female race car driver is just one thing that makes her unique. Another is her personality, one that Bob Varsha from the SPEED Network says “absolutely lights up a room”.